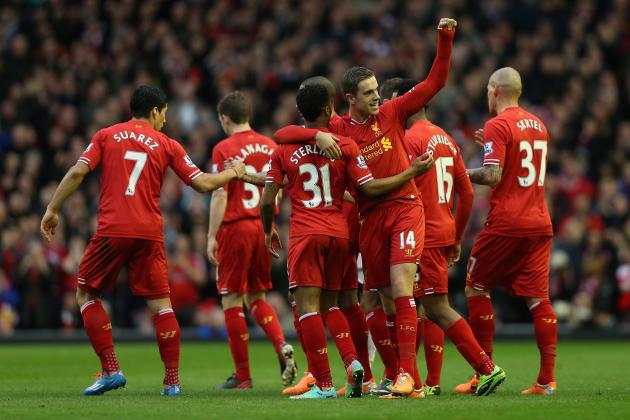 A seven-goal thriller at Anfield on Sunday saw Liverpool race into a 2-0 lead with goals from Daniel Sturridge and Jordan Henderson, only for Swansea City to peg them back. A second from Sturridge took the Reds up at half-time, only for a Wilfried Bony penalty to level things up after the break, before Henderson scored the winner.

This was both an exhibition of a swashbuckling attack and a display of dreadful defending from the home side, while Swansea’s enterprising efforts and relentless energy troubled Brendan Rodgers’ side throughout the 90 minutes.

But a brace each from Sturridge and Henderson were just enough to see the visitors off as the Reds secured an important three points after results elsewhere this weekend had gone the way of the Premier League top three.

Here are six things we learned about Liverpool’s thrilling win over Swansea. Let us know your thoughts in the comments…