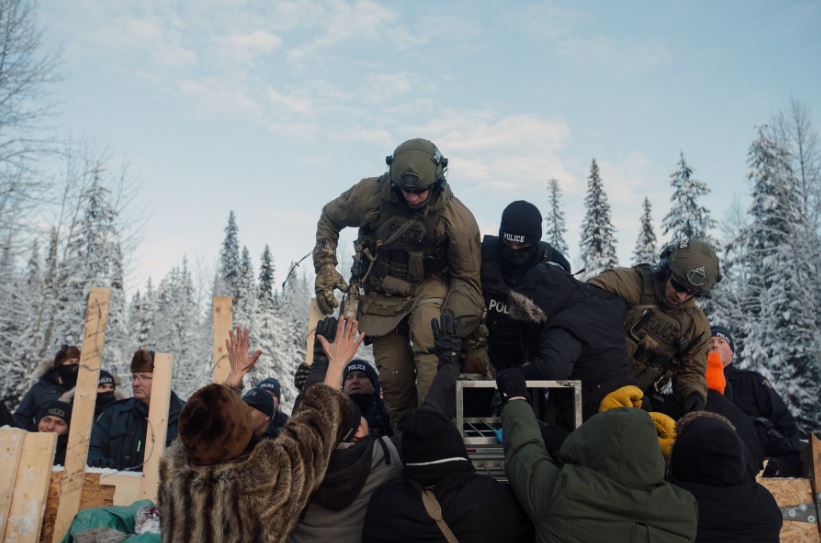 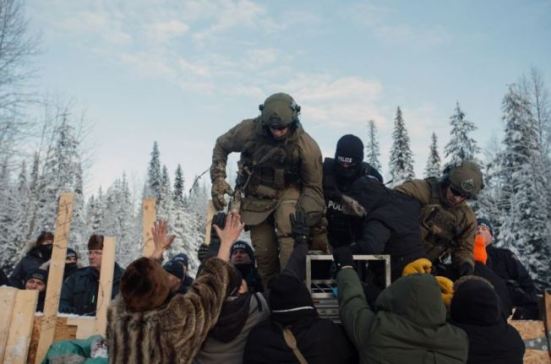 On Monday the RCMP announced they were going to enforce a court injunction to allow Coastal GasLink access to the road and bridge near Houston, B.C.

The moment RCMP came over the gates and started making arrests to enforce the Coastal GasLink injunction. pic.twitter.com/n6Cy1RLUu4

According to Vice News, the barricade was built by organizers from the Gidimt’en clan, one of five Wet’suwet’en clans, with the goal of protecting the Unist’ot’en camp from being raided, further up the road.

The Unist’ot’en camp established in 2010 was set up by members of the Wet’suwet’en Nation with support of Hereditary chiefs to prevent Coast GasLink workers from gaining access.

Monday’s arrests took place at the…