This weekend’s light-hearted, escapist superhero post here at Balladeer’s Blog will take a look at some of the very early stories in Marvel Team-Up. 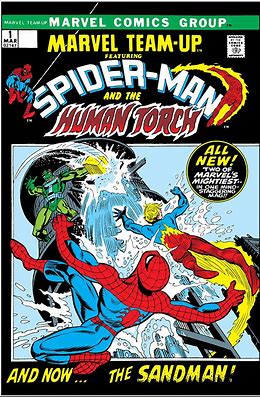 Title: Have Yourself a Sandman Little Christmas

Synopsis: On Christmas Eve, Spider-Man and his old friend the Human Torch find themselves caught up in a battle with their mutual enemy Sandman. At that time the villain was still wearing the special costume his fellow Frightful Four member the Wizard made for him, which gave him the power to mix other chemicals with his sand body, thus increasing his power. Misty Knight makes her (retconned) first appearance.

NOTE: I wrote a VERY lengthy review of this story for the Christmas season of 2016 HERE.